On Tuesday 12th March a panel of speakers from the film and video production industries shared their stories, knowledge and experience with first year students on the Film and Visual Culture course at Creative Campus.

“Do your research, know the companies, know what they stand for and how you can contribute.”

The first speaker was Maureen Sinclair from Clapperboard UK. Maureen told the students her incredible story of how she started as a writer for Mersey TV working with home grown luminaries such as Phil Redmond, Frank Cottrell-Boyce and Jimmy McGovern on the groundbreaking soap Brookside.

Maureen gave advice on the power of collaboration and a shared vision in the writer’s room and on set, and also the importance of being focused at all times while working and pulling your weight.

Maureen spoke about Clapperboard and their work with school children aged between 12 and 17 to help them write scripts, make them into short films, and showcase them at an Oscars-style awards ceremony with famous names and experts from the industry on the panel.

Her reason for starting the company was to give opportunities to young people in Liverpool that they may not otherwise get. “We’re a city of storytellers,” she told the students.

Maureen closed with advice imploring the students to research production companies, watch their films, understand their mission statement and let them know what you and only you can bring to that company.

“Whatever your project is, make it the most exciting in the world.”

Kelly Forshaw, the managing director of Jack-All Productions, spoke about how she started her company after extensive work in acting, media, marketing and communications.

Kelly spoke about how she wanted to work with organisations to amplify their story, to tell it in an exciting and engaging way in which they may not be able to, as she believed in their cause.

Kelly’s story introduced the students to another avenue for their skills in filmmaking. Kelly’s advice included how to network and how to get yourself known by production companies.

She advised students to be as friendly as possible and to put yourself about. To get yourself known, take people for coffee and ask for advice.

One nugget of guidance that struck a chord was to treat every project you work on as the most exciting in the world, to make the ordinary become extraordinary by using your skills as a filmmaker and storyteller. 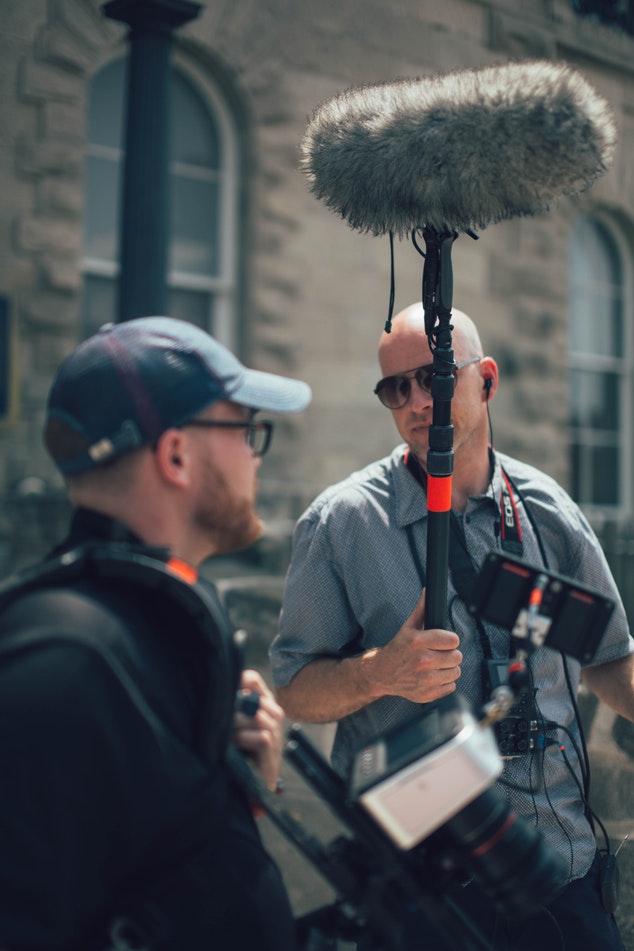 “Tell me why YOU want to make films. Tell me your story.”

The final speakers were Jay Podmore and Jason Lamar of Avengers Media, a start-up film company created by two actors who wanted to create their own roles and shape their own futures.

They spoke about their obsession with filmmaking and story and how they were fed up of waiting for the phone to ring, fed up of rejection, and decided it was time to make their own films.

Jay told how he had not been to film school but took the knowledge he had gained from working on many film sets and started to shoot his own short films.

He showed the students examples of his work and gave advice on throwing yourself in to challenges, not being afraid of asking for help, and to create your own opportunities rather than waiting for others to give you them.

Jay’s advice to students looking for work experience or looking to make films was to be sure of what it was they wanted to say in their filmmaking. He said he looks for individuals who are passionate about telling stories only they can tell.

“Be nice, say yes to things, everyone knows everyone.”

The closing message to the students agreed by the panel was that film is a tough business, but it’s those who work hard and with a smile on their face that will prosper.

Careers news, information and advice from the team, employers, students and alumni.